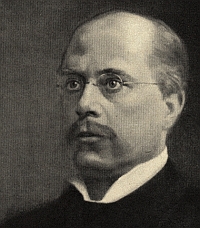 The history of Finn-Korkki Oy´s business activities start in 1868. At this time our business was, like it is today, the manufacturing of bottle caps & closures. The first products were cork stoppers.

August Wicander, 1836-1891, pictured, became a well known industrialist in the last half of the 19th century. His business interests ranged from cork to being the owner of a shipping line. These interests spread over many countries in Europe and beyond. 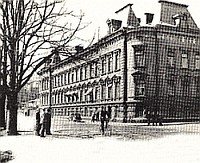 Over the next 60 years factories, offices and warehouses were opened across Europe and Russia. Cork plantations and a competitor were brought in Portugal. The Russian and Polish companies were nationalised in 1917 and in 1945 respectively 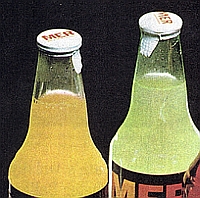 During the 1930´s Wicanders' developed and began production of the aluminium bottle cap "ALKA". This was a tear off bottle cap, sometimes called a ripcap, with a cork seal. The bottles in the picture are sealed with "ALKA" ripcap type bottle caps.

These factories were closed down during the 1960´s when business was transferred to Oy Wicanders Ab. Whose main business became the marketing of cork flooring and cork bottle caps. 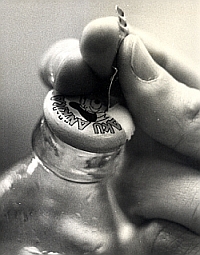 What followed was a period of innovation with the development of the first pre-manufactured "easy to open by hand" bottle caps in the 1970´s.

This bottle cap, known as the "MaxiCap", was made out of aluminium, in one piece, with a plastic compound inner layer. Score lines pressed into the bottle cap during manufacture made these bottle closures easy-open. In the picture you can see the ribbed opening tag that also helped make the "MaxiCap" an easy-open bottle cap.

Wicanders opened the Finn-Korkki factory in Hämeenlinna in 1979 to manufacture the "MaxiCap" bottle cap and traditional crown cork bottle caps.

Finn-Korkki Wicanders developed Ring Crown caps - Ring Pull Cap -  then called MaxiCrown, in the early 1980´s. The two part design of this all steel ring pull bottle closure gives the most efficient use of raw materials so minimising waste and reducing costs during production. 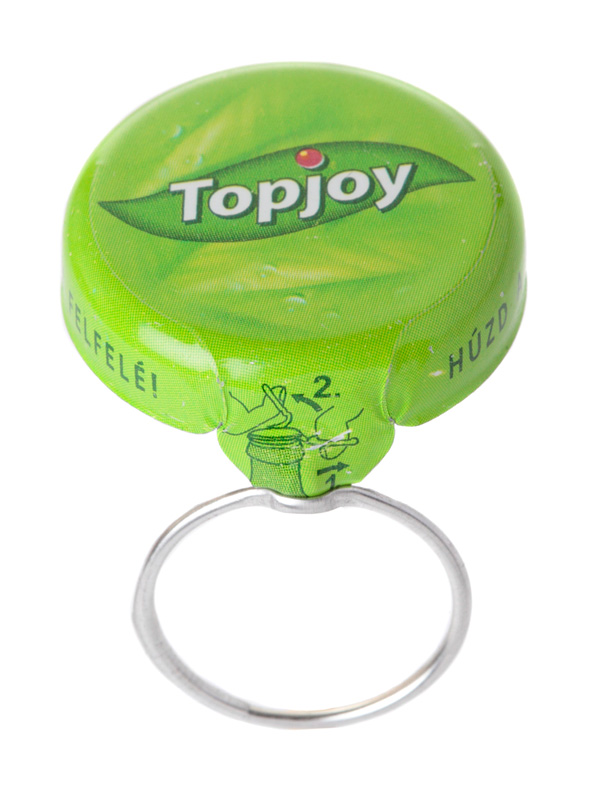 Manufacturing of Ring Crown Caps - started at Finn-Korkki in 1984. In January of 1989 Finn-Korkki Oy became an independent company after a management buy out from Wicanders.

The new owner managers began production of candle cups in 1989 and candle covers in 1992. Customer service became more flexible with the purchase, in 1998, of Hämeenlinnan Grafipalvelu Oy giving the advantages of an in-house pre-press service.

Finn-Korkki Oy´s desire and ability to innovate lead to the creation and production, in 2000, of the Absolut Vodka bottle closure.

Ring Crown replaced MaxiCrown in 2001 and became the registered brand name for Finn-Korkki´s ring pull cap. Ring Crown cap perfectly describes what the cap is - a crown cap with a ring for easy opening.

In May 2004 a new production line more than doubled the production capacity of RingCrown ring pull closures. Finn-Korkki were forced to add the extra capacity to meet the growing demand for their innovative ring pull bottle closure.

A rapid growth in sales shows demand for RingCrown - the ring pull cap - is strong. Sales of RingCrown ring pull bottle closures are driven by the beverage industry's need for distinctive and innovative products. Although bottled beer is the main market sector, RingCrown ring pull caps are well established in the juice, water and energy drink market sectors. During the trading year Finn-Korkki will regularly export, the easy open lift-off bottle closure, to over 30 countries.

For over twenty years Finn-Korkki have been manufacturing ring pull caps for bottles with a crown cork mouth. Other products include special design closures, for example the Absolut Vodka bottle cap that is made in Hämeenlinna by Finn-Korkki.

The 2007 bottledwaterworld awards attracted a record 169 entries from 32 countries. The winners were revealed at the awards presentation in Mexico City on 13 September 2007. Veen Waters glass bottle "Wave 66" designed by Antti Eklund won the 2007 best glass bottle category.  Finn-Korkki are very pleased to be associated with Veen and to supply their LuxTop aluminium closure for Veen's "Wave 66" glass bottle.

These benefits were combined with practical considerations such as the need for the luxury aluminium closure to have a tamper evident feature.  This consideration gave birth to a striking blue band, reflecting the Veen blue.

Finn-Korkki have, with partners, over the last 10 years built a strong set of skills in luxury aluminium closure design, development and manufacture. These skills have allowed them to offer luxury aluminium closure solutions to the Absolut Vodka & Danzka Vodka brands amongst others. Finn-Korkki's key skills are in offering design ideas, their knowledge of stamping aluminium of various thicknesses and their knowledge of techniques for securing a plastic thread into an aluminium cap.

Finn-Korkki starts manufacturing a new wide mouth closure that is suitable for bottled beer. RipCap wide mouth closures is also suitable for water, wine, juice & spirit sectors. The new RipCap closure is a ring pull closure made from aluminium with a diameter of 42mm. This RipCap is Finn-Korkki's biggest ring pull closure that can be used with beverages like beer or cider, on glass, plastic and metal bottles.

There is a demand for premium packages. Premium should not mean only a good look and feel to the bottle but also good usability. Finn-Korkki visualised a solution that uses their easy to open RipCap together with a wide mouth bottle. Together the package gives a sensation as if drinking from a glass.

Good usability is realised in the easy open nature of the RipCap closure and in the way beer smoothly flows from a wide mouth bottle. The bottle mouth profile used with a Ripcap improves the drinking experience by making drinking from the bottle extremely smooth. Wide mouth beer bottles with RipCap closures offer premium drinking experiences due to this high level of usability. This can only be offered by bottles using RipCap wide mouth closures.

The wide mouth RipCap production line has been operating since early 2008. It was shipped to Finland from Australia after Finn-Korkki purchased, in 2007, the assets of the company RipCap Closures Systems pty from Melbourne. Combining Finn-Korkki's expert knowledge of ring pull caps with RipCap production machinery allowed the development of the new wide mouth closure for beer.

Rolf Nygård, managing director, said, "Our new wide mouth ring pull cap has been developed to meet the demands of brewers seeking a distinctive packaging for their bottled beer. Brewers realise that in these challenging times innovation is key to keeping a brand's lead position"

Equipment to convert a crown capper to use RipCap closures is manufactured by Finn-Korkki. Installation takes about 3 days including production testing and training of line operators.

Finn-Korkki is Europe's leading manufacture of ring-pull bottle closures. For over 28 years, the factory has been manufacturing ring-pull closures in Finland. Ring pull closures in aluminium and steel are available in a range of sizes, for example, the RingCrown cap is designed to fit the crown cork bottle mouth. In addition, Finn-Korkki make in Hämeenlinna crown corks and luxury aluminium closures. Luxury aluminium closures include special design closures made for global Vodka brands and LuxTop.