‘We have seen in the past many attempts to conduct water tastings but none have risen to a standard that represent the category of Fine Bottled Water. 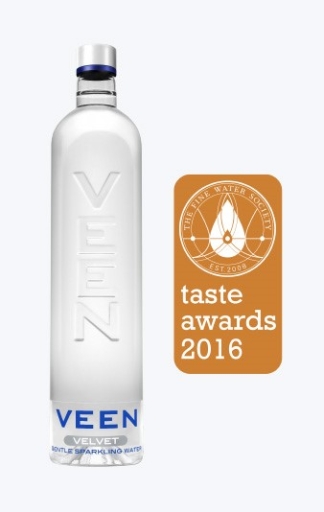 'Water like wine deserves attention and the water tasting conducted in Guangzhou puts water on the same level as wine with a five judge professional panel consisting of international water sommeliers, meeting for the first time at the tasting.’

VEEN previously won an award in 2007 for their glass bottle design that is closed with Finn-Korkki’s LuxTop luxury aluminium closure. Now VEEN have won an award for the water inside the design winning bottle.

This new award is not surprising when the two isolated sources of VEEN water are considered – from frozen Finnish Lapland and from the Eastern Himalayas in the Kingdom of Bhutan.